Employment Fluctuation Makes Gig Workers Go In and Out

Take a tour on how to create your pay stub.

Application companies like Uber a taxi on call, Golovo an on-demand courier service or Wag Pet sitting an on-call dog walking service, are the so-called gig work are seen as an ideal way of working for people who want the flexibility and independence employment jobs don’t offer. Up here, it sounds a great way of working. There is growing evidence that it is not producing enough as it was expected by many people that had the experience of working as a gig worker.

It appears the there is not reshaping of the workplace as it was expected. The last two years are showing a drop in gig workers income, and a raise of their income from no gig economy. A new study finds that most of the people in the US who make income using online platforms do so for a short part of the year.

A new study made by JPMorgan Chase Institute in September 2018, finds that the majority of Americans who earn money through online platforms do so for only some months of the year.

As the economy has improved and unemployment was reduced, it took the workforce from the gig economy to the traditional workplace: Uber and Lyft drivers monthly earning dropped near half of what they were making some years ago.

The government reported a decline in independent online cutting-edge real-time technology platforms workers in the past decade. According to this information, it looks less like the future of work.

Fiona Grieg, a co-author of the study, said:

“People aren’t relying on platforms for their primary source of income,”

The data came from 39 million JPMorgan checking account over 5 and a half years. For March 2018 the percentage of families that participated in the gig economy was 1.6, not real growth from the last year’s 1.5 percent.

Most of the people that participated in the gig jobs had a cycle of going in and out supplementing this way their income from their other jobs. Earlier studies made by JPMorgan has found that every month of the survey about 16% of the workers on online platforms were new and more than 50 percent will leave the gig economy job after his or her first year.

The studies show us that 58% of drivers work just three months or even less each year using the online gig economy websites. The list includes Uber and Lyft and delivery application services. Amazon starts using independent drivers to deliver their packages.  Less than a quarter of the drivers kept with the gig work for seven months or more.

The study also found out that two-thirds of the workers of online platforms for home improvement work. Like TaskRabbit as well as dog-walking like Wag, and other services home cleaning, and another kind of services did not work more than three-month a year or less.

The studies found that money is the reason for working or leaving the gig in favor of the traditional way of working. Low earning is likely the explanation of the frequent turnover of people who work on the gig platforms. The transportation workers, who include Uber and Lyft but also food and package delivery services, the average monthly incomes have dropped from $1,535 at the end of 2012 to just $762 in March of 2013, not adjusted for inflation. 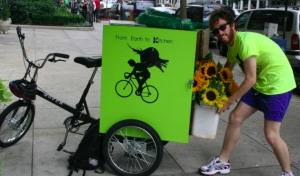 More drivers are working with Uber and Lyft, so the drop in income may be related to less working hours. An example can be a taxi driver that told me that the application is suitable only for rush hours, it is an excellent tool to get more calls, but after the rush is over y turn off the app and hunt for passengers that leave him better pay than the application.

There are much more players in the online transportation service, and the pay is lower now, so once employers start looking for more workforce, many drivers went back to get a regular job. One reason for people to go back to regular employment is the lake of benefits as health insurance, unemployment and pension plans for gig economy working people. Read more on this topic in this article  How the millions of Gig workers impact the insurance industry.

How much are Uber taxi drivers making on an hourly basis? That is a grand debated issue. Princeton University economist Alan Kruger found at 2015 that in 20 large markets drivers earned $19.04 an hour gross before the driver pay the cost of the vehicle’s gas, maintenance, and car devaluation.

According to the Census Bureau, more drivers are fighting for the market share. Independent drivers working in taxi and limousine services, jumped 46 percent in 2016. 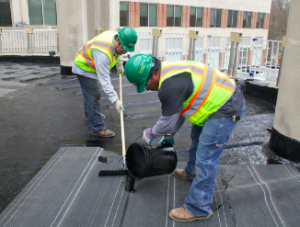 Drivers told us that they have seen the difference in the last two years of driving for Uber the weekly income has dropped by a 25%.

One driver told us:

“It’s really saturated, and the calls don’t come in as often,” . “It’s not like it used to be. I have to work harder and longer to get what I used to get.”

That driver’s online income makes up just 26 percent of their annual income, substantial fall down from the 52 percent since October 2013,

Research by Uber’s chief economist, Jonathan Hall, and John Horton of New York University show that the high rates attracted more drivers and kept passengers out of the Uber service. Top pay and the higher price for users created less income to the drivers.

The JPMorgan study shows us that transportation, package delivery, and moving — is growingly the leading force in the gig economy. Transportation by taxi is 56 percent of all gig work, grown from just 6 percent in 2013. Selling products in online sites as eBay and Etsy have sunk to 19 percent from 72 percent.

Transportation using online applications platforms have significantly grown, and now it is the number one in money-making and participants.

Air BnB rental application has a much higher income rate, according to the Priceconmics site, it can be around $924.00. The study found that it may be $2,113, but there is only 0.2 percent of households that participate in renting using this kind of sites.

Employment has its marketplace offer and demand law, and people will always look for the best opportunity. The traditional way of working, where you have a steady job, go to work every morning and come back home every evening will never disappear from the world.

The gig economy is here to stay for long though it has some problems to resolve for a better working relationship between the workers and their clients. What are the benefits for the traditional relationship between the employer, the employee and the government care of its workforce as health insurance, pension funds, leave for sickness and vacation will need to have its adaptation? Liabilities too need solutions. Personal Liability in the Gig Economy

paystumbmakr.com team thanks you for a visit and reading this blog    Pays tub online