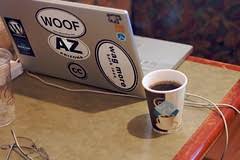 More farmers and self-employed people this year can choose the optional methods for figuring and paying the self-employment tax. These optional methods allow those with net losses or small amounts of business income a way to obtain up to four credits of Social Security coverage. The income thresholds for both the optional farm method and the nonfarm optional method were increased for 2008 and indexed for inflation in future years. Choosing an optional method may increase a taxpayer’s self-employment tax. Still, it may also qualify him or her for the earned income tax credit, additional child tax credit, child and dependent care credit, or self-employed health insurance deduction. Schedule SE and its instructions have details. Quote from IRS

In September 2013, the IRS announced final regulations (TD 9636) on the treatment of cost to acquire, produce, or improve tangible property. The laws increased the threshold for deductible materials and supplies, eliminated a de minimis deduction ceiling, relaxed rules for building systems, and prescribed a 10-year recurring maintenance period. The final regulations (Reg. §1.263(a)
3) generally apply to tax years beginning on or after January 1, 2014.
Health Insurance Deduction in Computing SE – §162
Since 2010, the deduction for income tax purposes allowed to self-employed individuals for the cost of health insurance for themselves, their spouses, dependents, and children who have not attained age 27 as of the end of the taxable year is taken into account, and thus also allowed, in calculating net earnings from self-employment for purposes of SECA taxes.
Social Security, Medicare & FUTA (or Payroll) Taxes
Social Security benefits and certain Medicare benefits are financed primarily by
payroll taxes on covered wages. 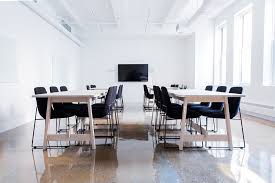 The Federal Insurance Contributions Act (“FICA”) imposes a tax on employers based on the amounts of wages paid to an employee during the year.
For 2018, the tax imposed continues to be composed of two parts:
(1) the old age, survivors, and disability insurance (“OASDI”) tax equal
to 6.2% of covered wages up to the taxable wage base; and
(2) the Medicare hospital insurance (“HI”) tax amount equal to 1.45% of
covered wages.
In addition to the tax on employers, each employee is subject to FICA taxes equal to the amount of tax imposed on the employer. The employee level tax
generally must be withheld and remitted to the Federal government by the
employer.

As a parallel to FICA taxes, the Self-Employment Contributions Act
(“SECA”) imposes taxes on the net income from self-employment of self-
employed individuals. Thus, a sole proprietor has to pay self-employment tax
(SECA) to cover Social Security and Medicare (§1401). They are liable for both the employer’s and employee’s shares of these taxes.

For 2018, the rate of the OASDI portion of SECA taxes continues to be
equal to the combined employee and employer OASDI FICA tax rates (i.e.,
12.4%) and applies to self-employment income up to the FICA taxable wage
base. Similarly, the rate of the HI portion is the same as the combined employer and employee HI rates (i.e., 2.9%), and there is no cap on the amount of self-employment income to which the rate applies.

How to Report and Pay Independent Contractor Taxes

The social security contribution and benefit base for remuneration paid and
self-employment income earned in tax years beginning in 2018 is $128,700
(up from $127,200 in 2017). There is no limit on the amounts of wages subject to the Medicare tax.

Additional Hospital Insurance Tax On Certain High-Income Individuals
Since 2013, because of 2010 health care legislation, the employee portion of
the HI tax has been increased by an additional tax of 0.9% on wages received
in excess of a specific threshold amount. However, unlike the general 1.45%
HI tax on wages, this additional tax is on the combined wages of the employee and the employee’s spouse, in the case of a joint return.

The increase in withholding starts on the first payroll where wages exceed
$200,000. In addition, even if an individual knows they will be above the limit
because of their spouse’s wages, the additional tax cannot be withheld until
their wages reached $200,000. Finally, the tax is imposed on combine wages
for joint returns. 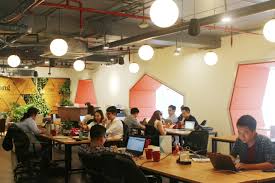 Note: there is no employer match for this tax, and the threshold is not indexed for inflation.

Learn what taxes you will pay as a contractor or an employee.

Consistently permitted to expire only to be later reinstated, the §41 research credit has generally been available concerning incremental increases in qualified research. Its last expiration was for taxable years beginning after  December 31, 2014.

Are you a gig, saving for the old-age pension?

Note: The §41 research tax credit has never been a permanent provision of
the federal tax code. Since its enactment in mid-1981, the credit has been ex ended 15 times and significantly modified five times.

However, under the PATH Act, the §41 research credit was reinstated and made permanent. In addition, the PATH Act provided that, in the case of a small business (as defined in §38), the credit is a specified credit for taxable years beginning after December 31, 2015. Thus, the research credits of a §38 small business may offset both regular tax and AMT liabilities.
While the credit is often thought of as a single unified credit, it can have up to
five components:
(1) a regular credit,
(2) an alternative incremental credit (AIRC) [terminated for tax years after
December 31, 2008],
(3) an alternative simplified credit (ASIC) [increased from 12% to 14% of
the qualified research expenses that exceed 50% of the average qualified re-
search expenses for the prior three tax years starting for tax years ending after December 31, 2008 ],
(4) a basic research credit, and
(5) an energy research credit.

All but the energy research credit are progressive in that the credit applies only to qualified research spending above a base amount. Thus, the research tax credit is substantially equal to 20% of the amount by which a taxpayer’s qualified research expenses for a taxable year exceeded its base amount for that year. The base amount for the current year generally is computed by multiplying the taxpayer’s fixed-base percentage by the average amount of the taxpayer’s gross receipts for the four preceding years. Special rules apply
to all other taxpayers (§41(c)(3)(B)) 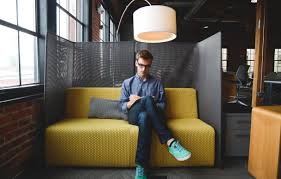 How the millions of Gig workers impact the insurance industry

Deductions under §174 (or any other section) are reduced by an amount equal to 100% of the taxpayer’s §41 tax credit (§280C(c)). Taxpayers may alternatively elect to claim a reduced §41 credit amount instead of reducing deductions otherwise allowed. Qualified Expenses Qualified research expenses consist of: (1) in-house payments for wages and supplies attributable to adequate research; (2) certain time-sharing costs for computer use in qualified research; and (3) 65% of amounts paid or incurred by the taxpayer to certain other persons for adequate research conducted on the taxpayer’s behalf. The study must satisfy §174 requirements and be undertaken to discover technological information, the application of which is intended to be useful in the development of a new or improved business component.