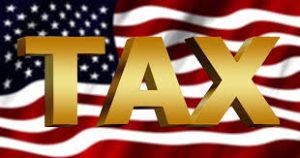 For the last taxable year beginning before January 1, 2018, any U.S. shareholder
of a specified foreign corporation (i.e., any foreign corporation in which a U.S. person owns a 10% voting interest) must include in income its pro-rata share of
the accumulated post-1986 deferred foreign income of the corporation.
A portion of the pro-rata share of foreign earnings is deductible depending on
whether the deferred earnings are held in cash or other assets. The result is a reduced rate of tax with respect to income from the required inclusion of pre-
effective date earnings. The reduced rate of tax is 15.5% for cash and cash
equivalents and 8% for all other earnings.

The increased tax liability generally may be paid over an eight-year period. Special rules are provided for S corporations and real estate investment trusts.
Comments: The provision would remove disincentives for the investment of
foreign earnings in the United States. Under §4001 of the Act, a 100% exemption would be provided for the foreign-source portion of dividends from
the foreign subsidiary of a U.S. corporate shareholder. As a result, no U.S. tax would be avoided by a U.S. parent corporation reinvesting earnings of its
foreign subsidiary in United States property rather than distributing those
earnings. 5 Year Amortization of Research & Experimental Expenditures
Prior or Existing Law: Under §174, taxpayers may:
(1) elect to deduct the amount of particular reasonable research or currently
experimentation expenditures paid or incurred in connection with a trade or
business (§174(a)),
(2) forgo a current deduction, capitalize their research expenditures, and re-
cover them ratably over the useful life of the research, but in no case over a
period of fewer than 60 months (§174(b), or
(3) elect to amortize their research expenditures over ten years
(§174(f)).

The credit provided each year is determined by a present-value formula
based on the general cost of borrowing. Over the past few years, as the general cost of loan has declined, so has the number of tax credits that can be used to build a LIHTC project.

Deal with that, and the applicable percentage is set at a minimum of 9% for
newly constructed non-Federally subsidized buildings. This minimum per-
centage was scheduled to expire for taxable years beginning after December
31, 2014. However, the PATH Act reinstated the provision and made it permanent.

A member of the military’s basic housing allowance is not considered income
for purposes of calculating whether the individual qualifies as a low-income
tenant for the low-income housing tax credit program (§42(h) & §142(d)).
This provision was scheduled to expire for taxable years beginning after December 31, 2014. However, the PATH Act reinstated the requirement and made
it permanent. Low Income Housing Tax Credit Program

For 2018, the dollar limitation under §125(i) on voluntary employee salary re-
ductions for contributions to health flexible spending arrangements is $2,650.

When certain requirements are satisfied, up to $5,250 annually of educational
assistance provided by an employer to an employee is excludable from gross income for income tax purposes and from wages for employment tax purposes
(§127 & §3121(a)(18)). This exclusion applies to both graduate and undergraduate courses.
Note: ATRA made §127 permanent for taxable years beginning after December 31, 2012.

As a result, employers can generally exclude a limited amount of the value of
qualified parking and commuter highway vehicle transportation and transit pass they provide to an employee from the employee’s wages (§132(f)).

Nevertheless, in late 2015, the PATH Act reinstated parity in the exclusion for
combined employer-provided transit pass and vanpool benefits and for employ-
er-provided parking benefits and made parity permanent.
For 2018, the monthly limit on the exclusion for combined transit pass and
vanpool benefits were scheduled to be $260, the same as the monthly limit on the
exclusion for qualified parking benefits. However, for 2018 and after that, the
TCJA now provides that no deduction is allowed for the expense of any
employer-provided qualified transportation fringe as defined in §132(f).

Since 2009, a qualified bicycle commuting reimbursement fringe benefit was
added to the parking and mass transit qualified transportation fringe benefits.
An employer could reimburse, as a tax-free fringe benefit, up to a maximum of
$20 per month for qualified bicycle commuting for 15 months, beginning with the first day of such calendar year. The purpose was to reimburse the employee for reasonable expenses incurred during the calendar year for the purchase and repair of a bicycle, bicycle improvements, and bicycle storage provided that the bike was regularly used for travel between the employee’s residence and place of employment.

The employee could not receive any other qualified transportation fringe benefit
(no double-dipping with mass transit during the month). Also, the employee had to use regularly (i.e., the user could not be infrequent or constitute an insubstantial portion of the employee’s commute) a bicycle for a substantial part of travel between the employee’s residence and place of employment. The $20 per month amount was not subject to inflation adjustment and could not be provided according to an elective salary reduction agreement (§132(f)(4)).
However, for tax years after 2018 and before 2025, taxpayers are no longer permitted to exclude qualified bicycle commuting reimbursements from their income.